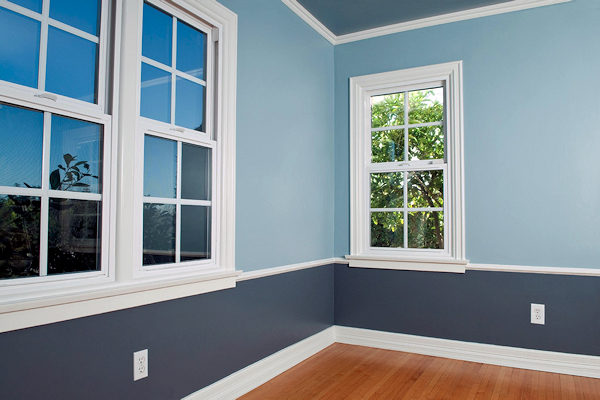 “Is it better to replace all of the windows in your home at once or replace individually over time?”

Many factors play into the answer.  Some may be worried about the inconvenience of window installation, others may be on a tight budget, or they may not see the need in replacing every window. You might fit into all three of these categories.

When you purchase a new home, everything is on your radar.  The need for new windows is obvious. They may be dirty, fogged, cracked, hard to open, inefficient, the list continues…  Other people may be celebrating 20 years in a home and have watched the windows slowly deteriorate to the point of not functioning.  Sometimes walking in the room is so hot or cold, they cannot tell if the window is actually opened or closed. 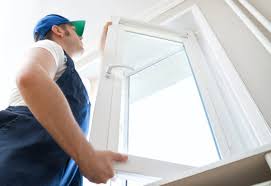 Have you paid attention to your windows?

Whether you just moved in or you’ve lived in the same home for years, it’s always important to inspect your windows and understand the benefits of replacing them.

After their lifespan is up you might notice your energy bill increase, you can’t open and close them like you use to, there might even be bugs or outside things that make their way in.

Many people compare the amount of time it might take to renovate a kitchen or bathroom to the amount of time it takes to replace windows, but that’s not the case. Yes, replacing your windows is a big project, but when hiring a professional and experienced installation team like EHI, your project should only take a day or two.

Are you on a tight budget and not sure how many windows to replace? Typically if one window is having problems than the rest of them follow suit pretty quickly. Say you have two windows in your home that need to be replaced, they’re in the front of your home for everyone to see, what do you do? It is typically cheaper for both the homeowner and the window installation company to replace all at once. The bottom line is, you’ll get a better deal.

It isn’t just a “how much am I paying for windows?” thing, though.  Often times, the strain on your HVAC unit is costing you money. Not just on your heating and cooling bill, but also for the inevitable replacement of the HVAC unit because it is overworked.  Replacing all the windows keeps the HVAC running at a minimum. The rooms in the house maintain their temperature for an extended period of time and the HVAC gets a break. This has a huge impact on the overall comfort of the home, too.  Windows play a role in so many facets of homeownership.

There is also the factor of replacing only a few noticeably deteriorated windows and having the new windows significantly outshining the other now obviously old windows. Maybe replacing every window isn’t or can’t be for you.  That’s why some people like to do a replacement in phases. The first phase is generally replacing the elevation of the home with the biggest problems. This is typically the south or west facing elevations of the home. EHI recommends starting where you spend the most time; living room, bedrooms, and bathrooms.

Either way, replacing a few or all will have an immediate impact on your energy cost, overall comfort, and will increase the style and curb appeal of your home! 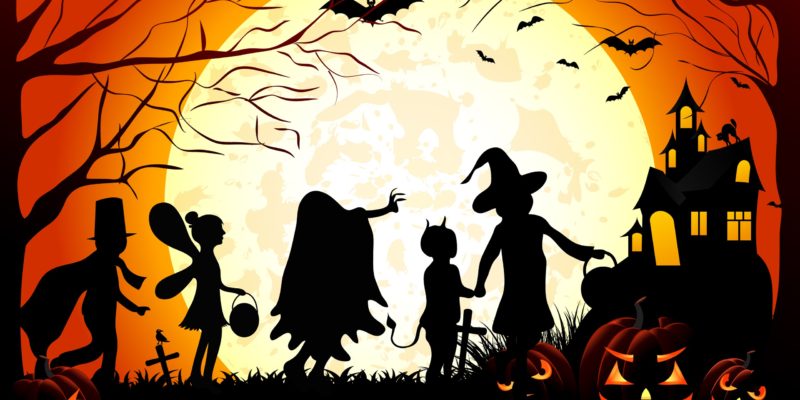 Halloween is approaching quickly and if you’re looking to spook up your home on a budget decorating your windows is an excellent way to go!

This Halloween, Efficiency Home Improvements wants to give inexpensive fun ways to decorate and be the spookiest house on the street. This is a great family project that can be done for under $15 dollars!

Step 1: (printer, paper) Print and cut out the attached silhouette templates below on plain white paper. If you’re wanting larger silhouettes, you might need to print on multiple pieces of paper.

Step 3: (wax paper, tape) Measure the size of your windows and cut wax paper to fit each pane (optional). Tape it along the window frame. 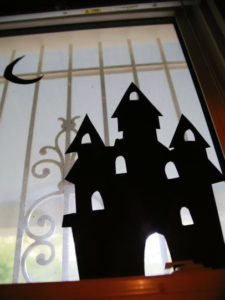 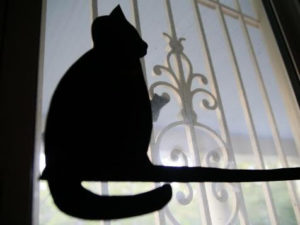 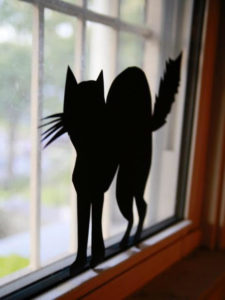 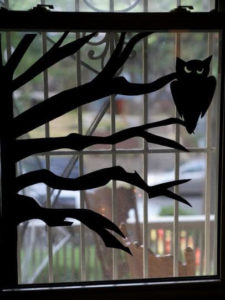