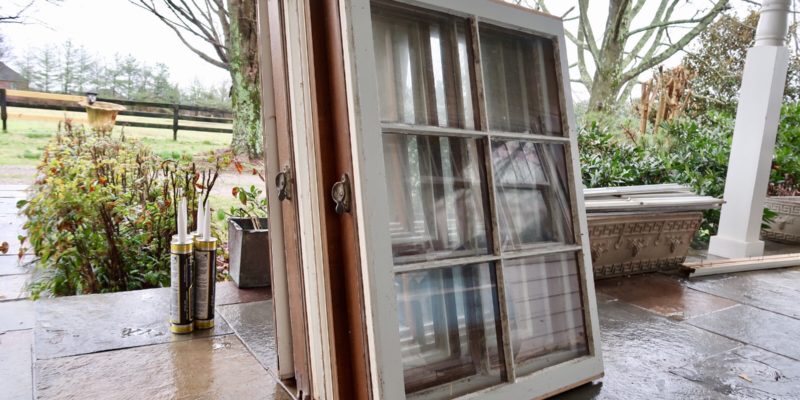 As I was at an install one day getting some video footage I walked by these old windows. They’re actually original to the home which was built in 1904. I had the question of, “What happens to the old windows that are replaced?” as I’m sure most of you wonder as well.

First off, it’s pretty impressive that these windows are 115 years old and still look this good, they’re called true divided lite windows. This means it contains six separate panes of glass. If a wood window was built before 1960 it’s promising to say they typically stay in decent condition.

So what does EHI do with them??

The first things that are done with metal or vinyl windows are we discard the glass and recycle the rest. EHI throws a big Christmas party each year where bonuses are given out. From the money that is made from recycling, this goes to the bonuses for everyone.

Wood windows are a little different for us… There’s a man in Goodlettsville, TN who builds greenhouses and several of the old wood windows are donated to him. I mean just take a look at this! It’s pretty cool and innovative. Have you gotten creative with your old windows or know someone that has? If so, drop a pic in the Facebook comments and the picture chosen by EHI will get a $25 gift card to Scouts Pub!